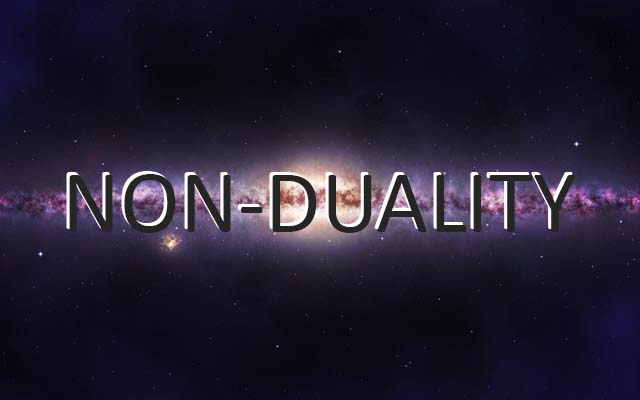 Non-duality is the western translation of “Advaita”, a Sanskrit word which means; “not two”. It can be found at core of many religions. Non-dualism however isn’t tied to anything. It can’t be described in terms of what it IS, but only by what it IS not!

One way to illustrate it is by quoting a few lines from the Tao Te Ching, a philosophical and mystical text from ancient China written several hundreds years B.C.

Although what non-duality points to can’t actually be described, one way to summarize the above in 21st century terms:

Early non-duality based texts like the Tao Te Ching actually suggest that it is a “mistake” to create words for this nameless Reality in which everything is. A common mistake made in religion for instance is the concept of “Creation” and “Creator-God”.  This creates a primordial duality. Non-duality as a “principle” makes no difference however and would imply that Creation and Creator are One. It would imply we just have the illusion that there is a duality there.

All of the above is not at all meant to be theoretical, philosophical or religious. When the sense and pattern of “me” begins to fall away, That which is always already the case and indescribable becomes apparent. Various people and mystics spoke about this.